Where it all began….

This journey for me actually starts before I even got this particular Stealth. My first one was a 1992 Dodge Stealth R/T Non-Turbo that I drove pretty much into the ground. 2 engines and 3 auto transmissions later it was pretty much parked in my driveway and became my tinker toy. This was the car I learned all of the Do’s & Don’ts on. I found my way around the core of the engine and electrical eventually converting the car to a FWD Twin Turbo and manual transmission which were both an experience and a nightmare. During those experiments is where I came across the pile of metal that became the Stealth project of today.

I had found a local guy who had purchased the car with the intent to part it out. This is where I got all of the parts to do the turbo conversion on my 1992. I made multiple trips to his house to get random parts from here and after some months he dropped me a note asking if I needed anything else as he was sending the rest off to the junkyard for scrap metal. I had always wanted an all wheel drive version, to build myself a true Twin Turbo Stealth. I got back with him asking how much he wanted for the rolling frame if I came and got it all from him. I’ll never forget his response “You come get it and you can have it!” I didn’t even hesitate and starting pinging people were the means to go get it.

Within about a week I had a friend at the time volunteer his Montero and we got a u-Haul dolly and headed to pick it up. Mounted with borrowed Mustang wheels to allow it to roll and loaded with everything that was going to the junkyard we hauled the car to my house.

And this is where the story begins…. 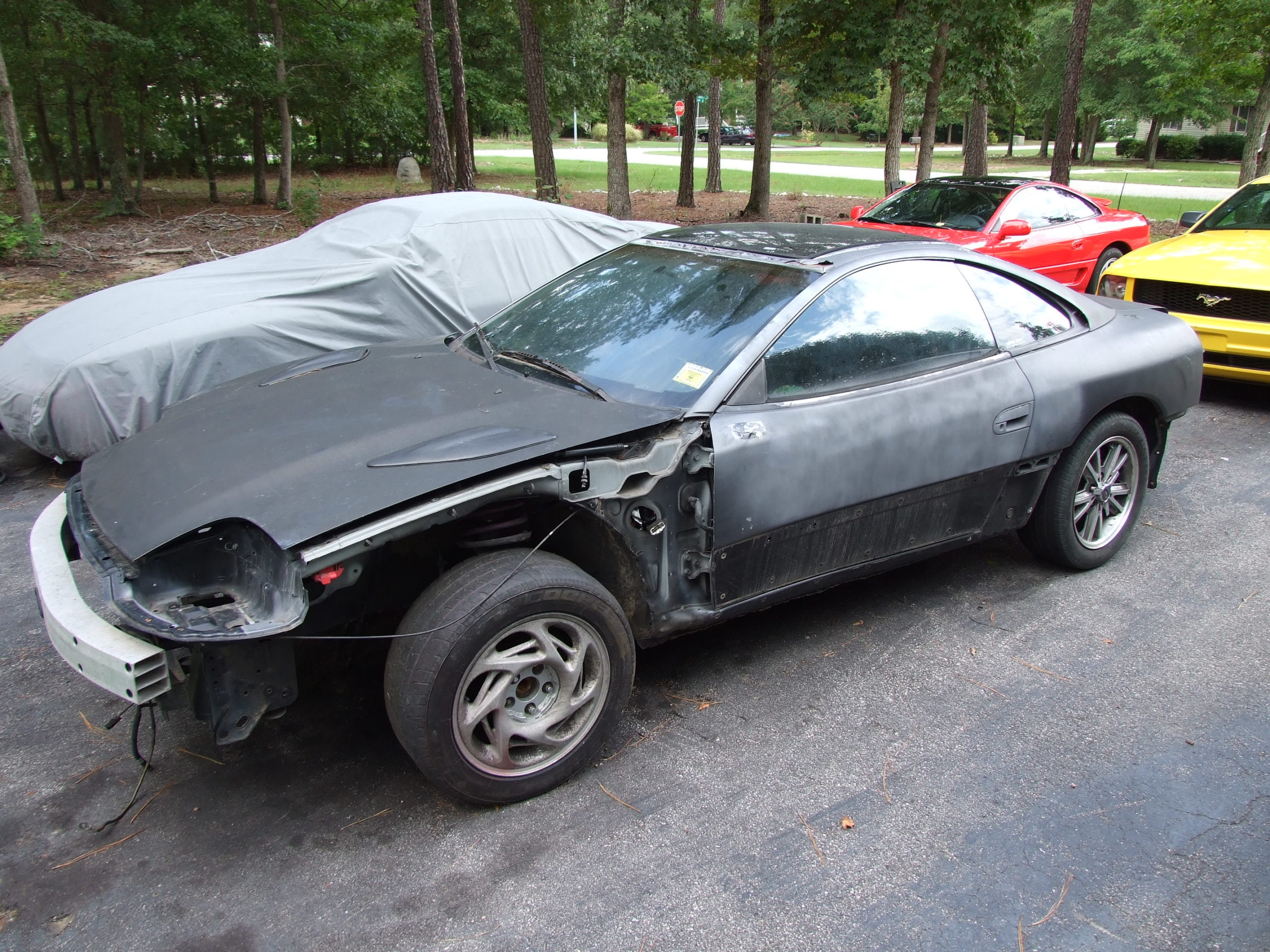 It was a rolling frame and not much more. 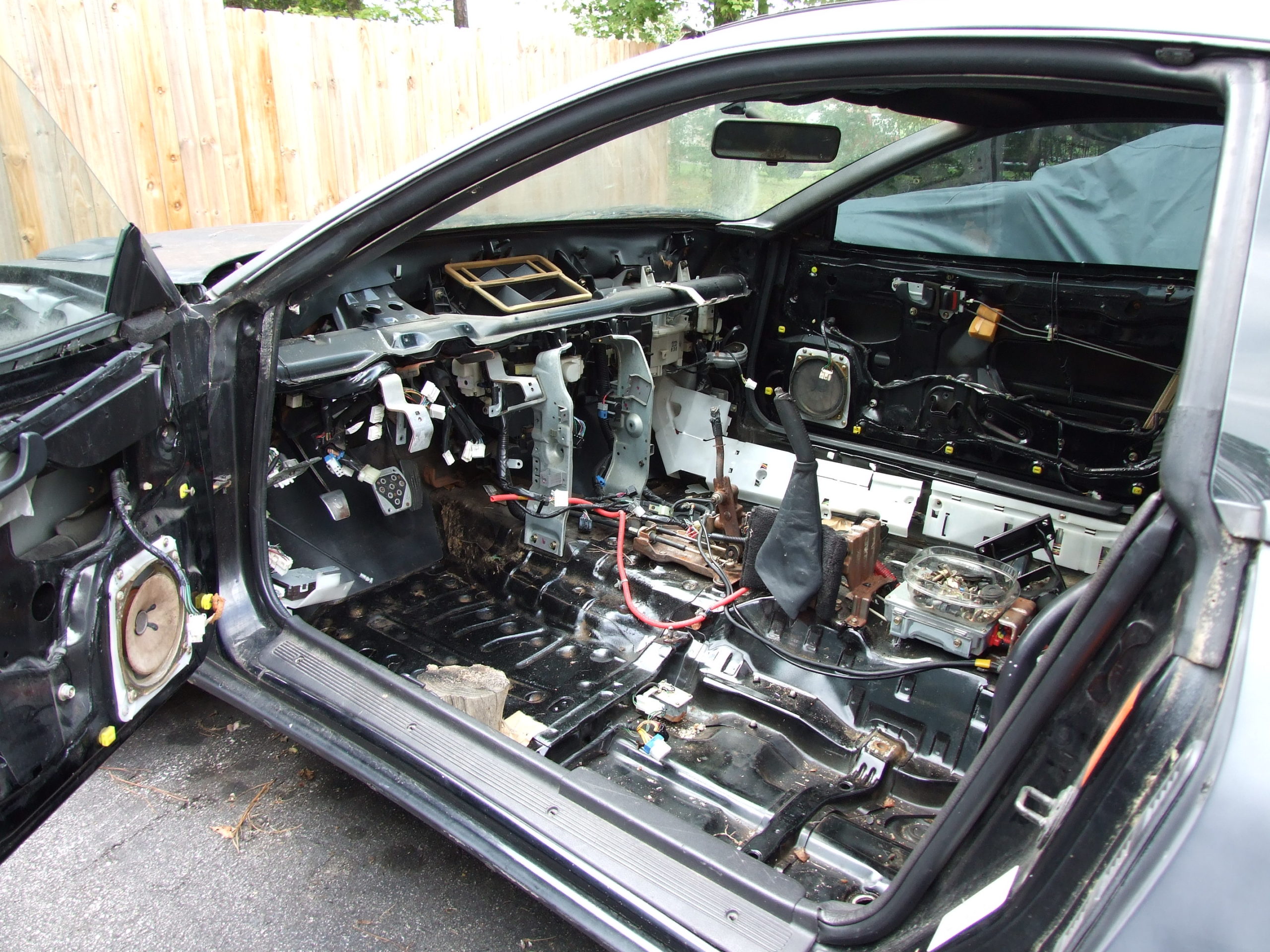 Interior gutted for the most part and what was left was damaged or not salvageable.

All the other parts and junk thrown into the hatch. 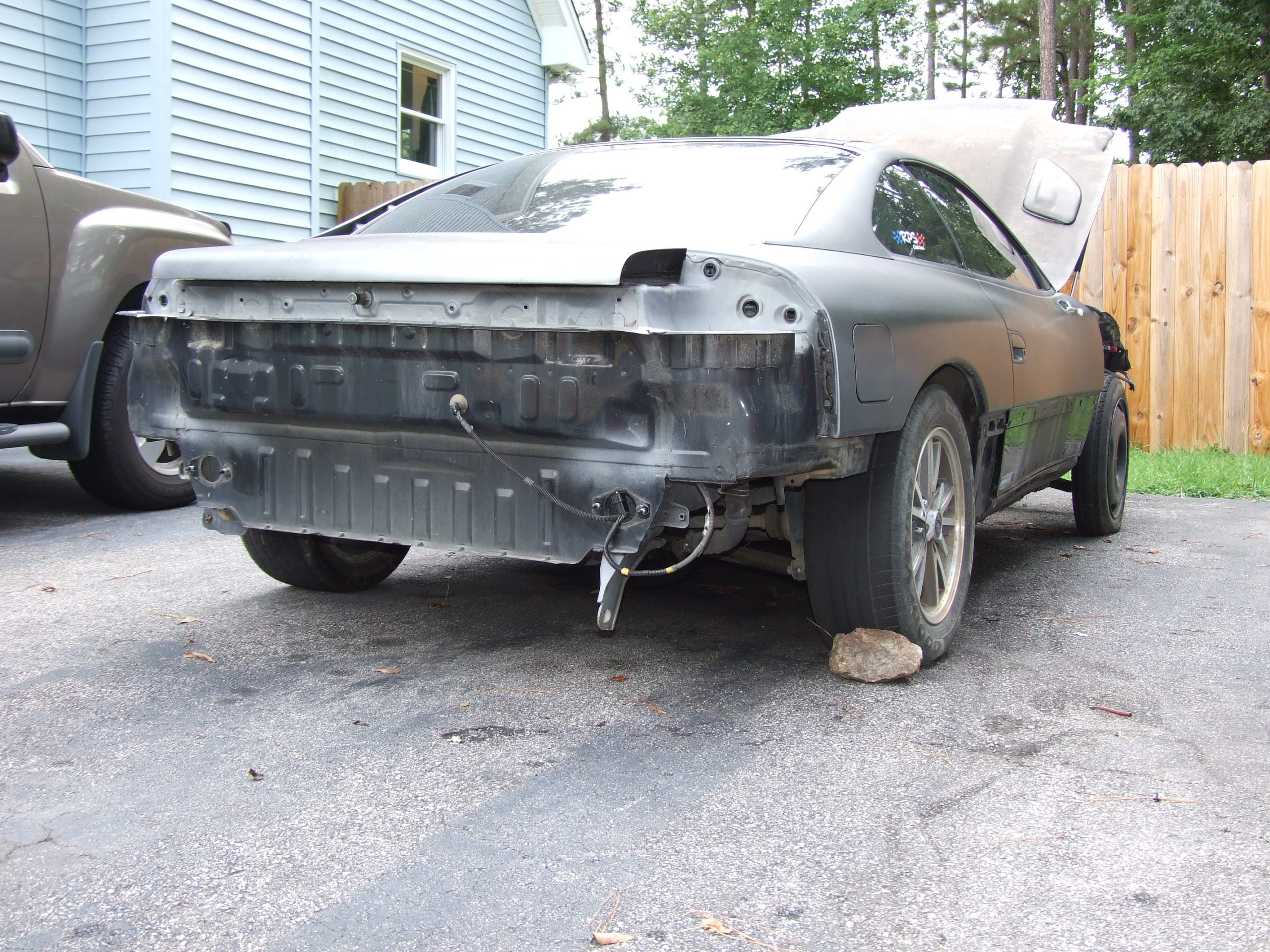 No bumpers, sideskirts, fenders, etc. The body was straight for the most part.

Engine bay stripped outside of the brake lines. Lots of work to be done here.

Frame rail and subframe have a bunch of rust. This is due to a leaky battery
Engine bay cleanup