Although I do really enjoy the current stereo setup in the car it’s a bit too busy for me in the hatch area. It is a very clean install but it’s noticeably not OEM in any way and I like to keep the interior looking like it could come from the factory that way. So the plan now is to reduce the overall footprint of the setup in the truck to the absolute minimum.

Everything in the trunk was removed and I began with rebuilding the box that was back there. This time I was looking more for an angled fiberglass box that would tuck neatly in the corner. I started off by covering the interior panels with painters tape so they didn’t get resin all over them.

Using some MDF I made a bottom tray and fiberglass that tray into the side panels to create the outer skin used for the box. I then glued in some wooden dowels to help create some rigidity inside the box and  added 5 more layers of chop mat. I then positioned the speaker mounting ring I made using wooden dowels.

The entire top was covered in polyester fleece and coated with resin. The fleece gives you the curved shape to build on top of. I then again added 5 more layers of chop mat letting it cure in between each layer. With the center hole cut out the box itself was ready. 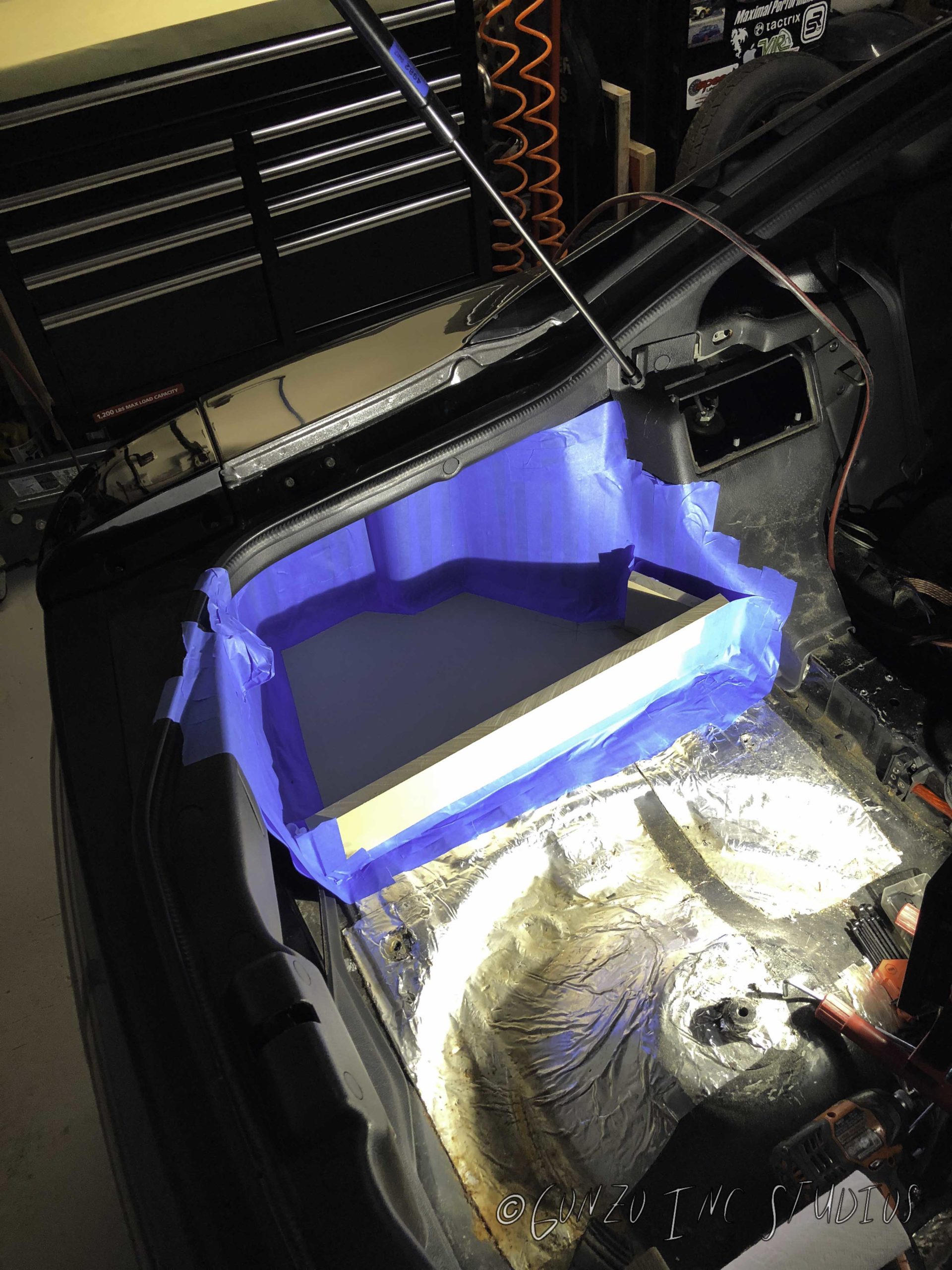 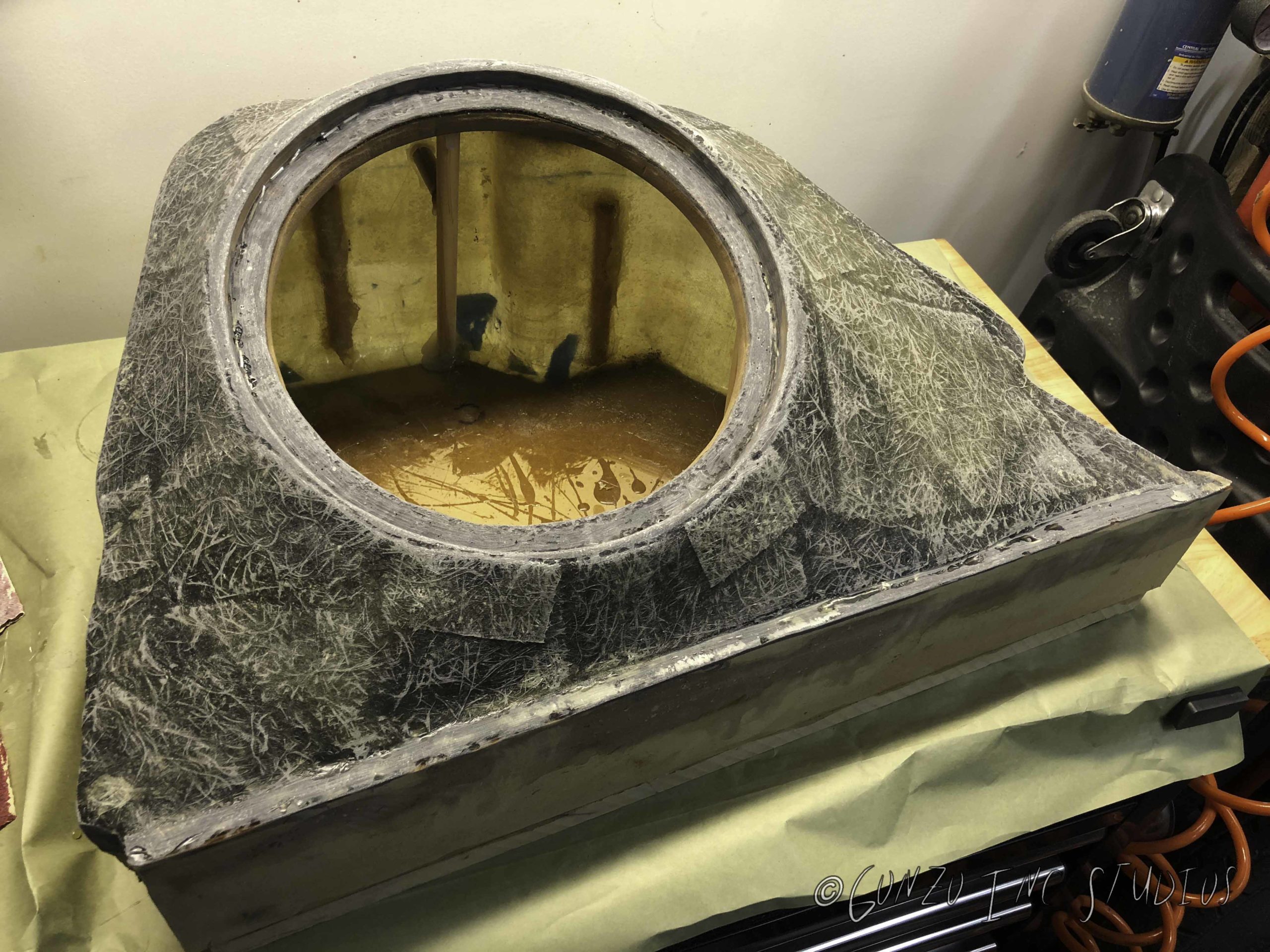 One of the things I wanted to address in the rear hatch was the plastic panels. I was not a fan of the textured plastic panels as they looked soo dated and they all had scuffs and scratches from age. The plan was to update them into a more modern look by using gray speaker fabric and cover all of the hatch panels like more modern cars do in their trunks. This is a long and tedious process due to the shapes of all of the trunk panels.

All of the panels need to be perfectly clean and degreased. A good wax and grease remover like you would use for paint prep works perfect here. The adhesive I used was a combination of 3m Super 90 and Barges contact cement. The Super 90 is a permanent spray contact cement. You spray it on both sides, let it tack up and then apply. The speaker fabric I use is more a felt fleece type fabric that stretches when worked. Using some plastic body tools and a bristle roller you can work it into the shapes you need smoothly. It takes a lot of patience and stretching to get this done. Once the panel is wrapped I then use the Barges cement on the edges to stop any edge pull up. Every panel and cover plate in the trunk is wrapped.

As for the new amps replacing everything else I had in the trunk originally, I decided to test out the micro amps that were growing in popularity these days.

For the 4 channel I went with a Focal Impulse 4.350 which is roughly 60 watts per channel RMS. This amp is so small and so powerful it still amazes me to this day. It fit perfectly in the pocket between the rear seats and the trunk floor panel. It’s completely hidden out of the way and you would never know it was there unless you were looking for it. Since I went from 6 total amplified channels down to 2, I decided to run the front dash tweeters off of the JVC head unit. The Infinity tweeters have their own separate crossovers and the head unit power amp is large enough to drive them without any issues.

The subwoofer amp I went with an Alpine MRV-M1200 which is a monoblock 1200w amp and has a very small footprint. It’s nowhere as small as the Focal amp but it mounts to the rear passenger seatback. It’s a nice smooth looking amp that if it didn’t light up wouldn’t be noticeable by anyone. The subwoofer itself was the same Memphis 10” DVC sub from before mounted into the new box. A smooth metal grill was added for protection of the cone itself since I do throw stuff into the trunk area now that I’m able to. 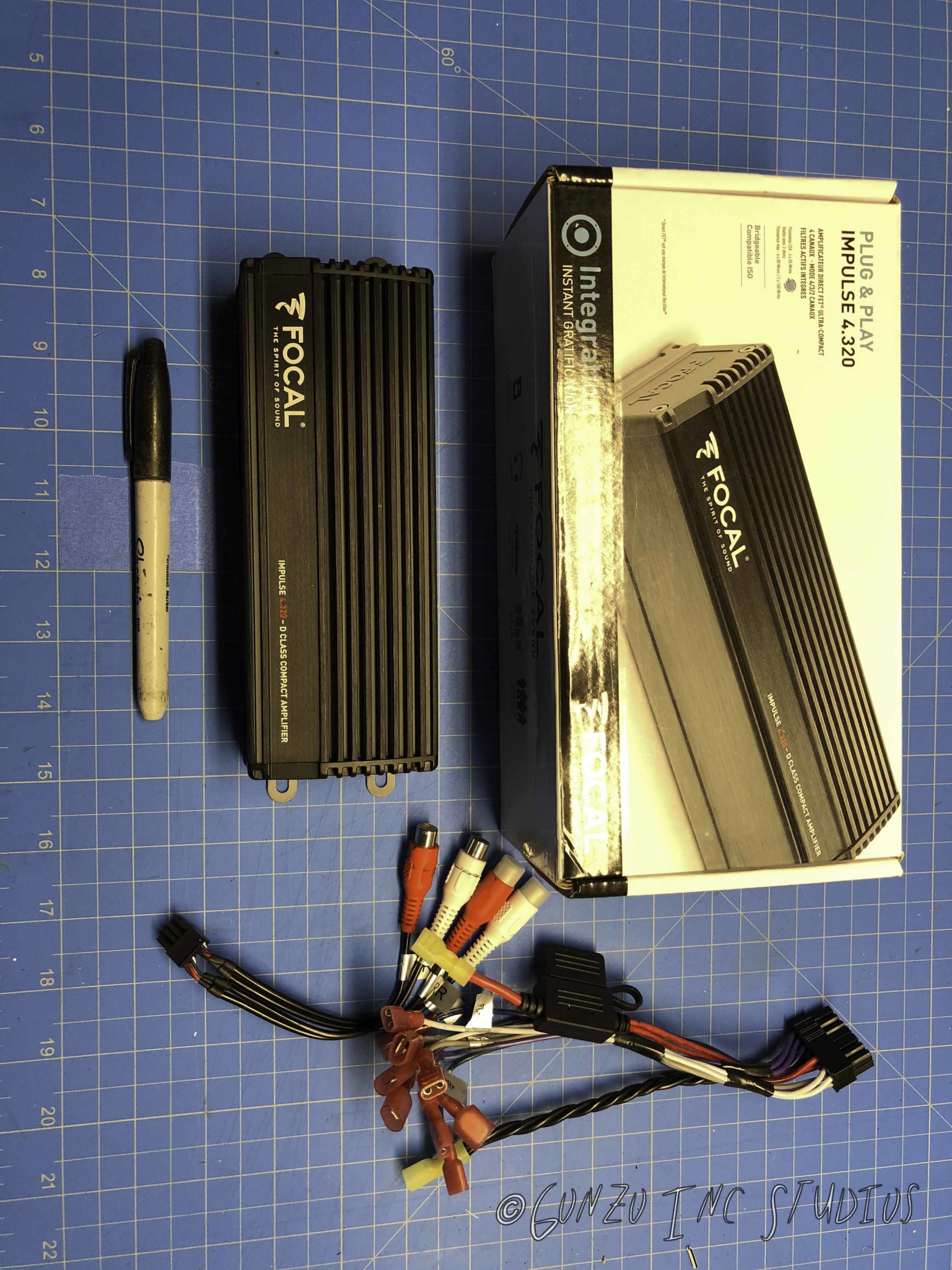 With it all completed the trunk area is so much cleaner looking than it was before. Covering up all of the panels was such a great idea and it’s so much easier to keep clean and maintain now. Just vacuum it all out every once in a while. As for the stereo itself. The sound is so much better than the old system, mainly due to the upgraded amplifiers I’m now using. The subwoofer itself is probably the biggest noticeable change. The new box design is far superior to the older one so the bass is so much tighter and crisper now. This again is probably a combination of the box design and the new amplifier itself. Overall I am so glad I decided to go this route and couldn’t be happier with the results. 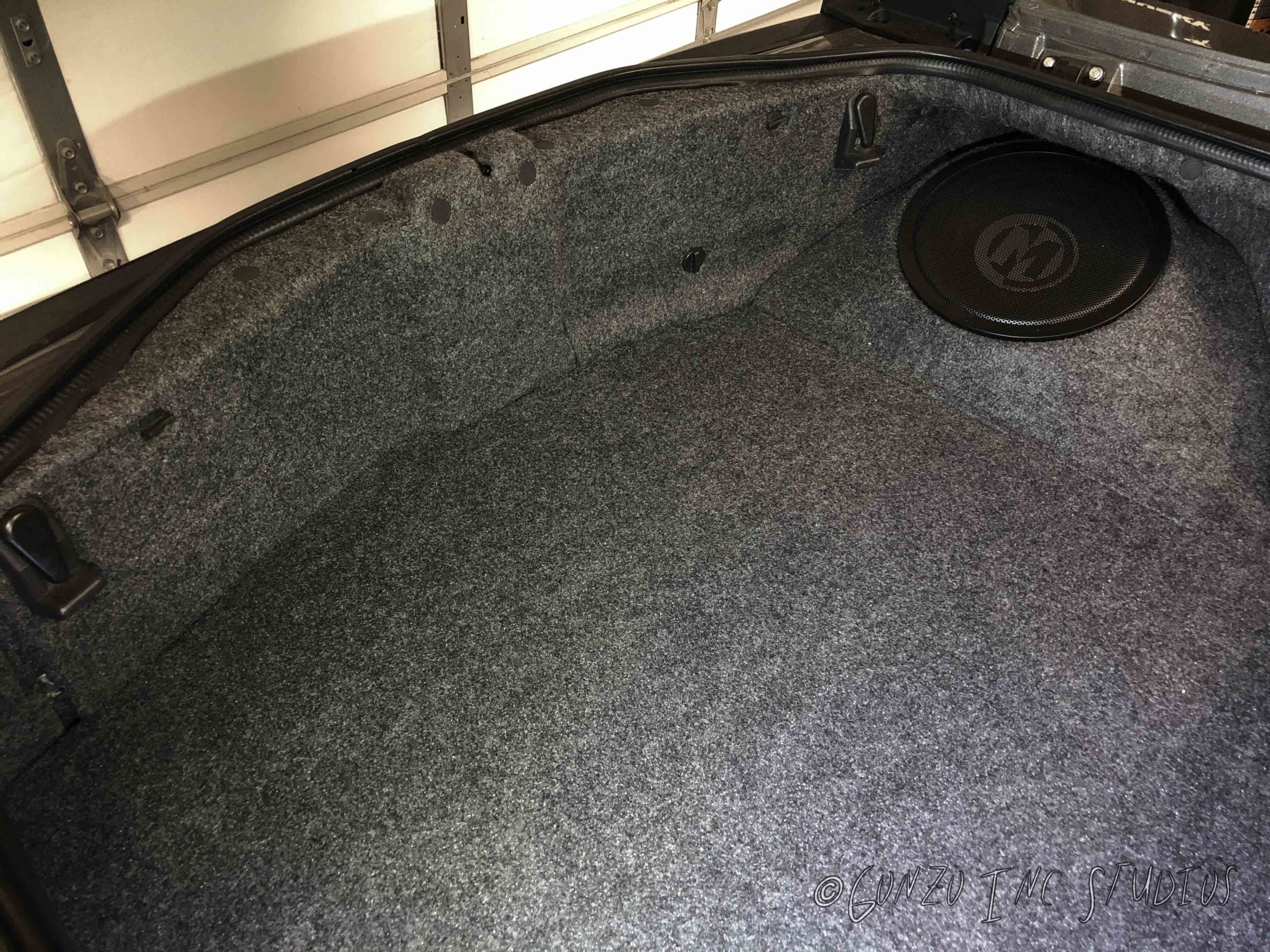