If you haven’t noticed by now I like to do everything myself. There is a higher level of accomplishment that can be had when you know that everything little thing has been done by you. At the same time you also have nobody to blame but yourself for anything that goes wrong, and it will. With all of the plans I had for the car to get it to where I wanted to, I needed a way to generate some additional income to fund it all. I prefer to stay married so spending every cent I had was not really an option. So I found a spot in the market I could fill with stuff I was already doing. It also helped that I had moved into a new house with a 2 car garage that allowed me to finally work inside and build out a shop area.

I was already doing powder coating at home in the garage, mainly as the cost to send every part off to have down would have put me in the poor house.  So I started with that. Mainly doing brake calipers and rebuilds. Nobody else was doing them and I could offer it at a very competitive price.

I moved on to doing valve covers also. Mainly stock colors and finishes. I would buy Valve covers in bulk when I could and finish them and then just sell them as is. I stayed away from doing custom orders as it was too stressful working under someone else’s expected timeframe. Also the fact that with powder coat, if a parts finish didn’t come out good then I was SOL as you needed really nasty chemicals to get that coating off. The main point I made with the valve covers I was selling was that there was no fear of blasting media being stuck in the baffles, I was removing them and reattaching them. I also proved to the community how bad the crap was that got stuck behind the baffles even soaking them for a week. You could not get that stuff out, The baffles had to be removed to be properly cleaned. 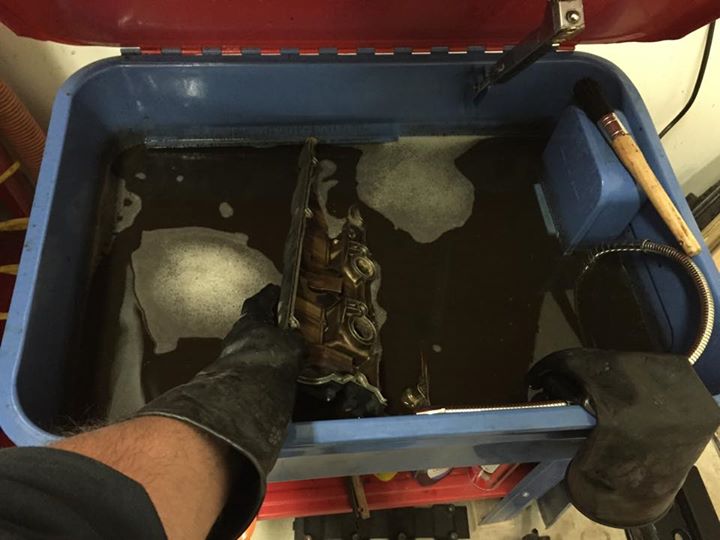 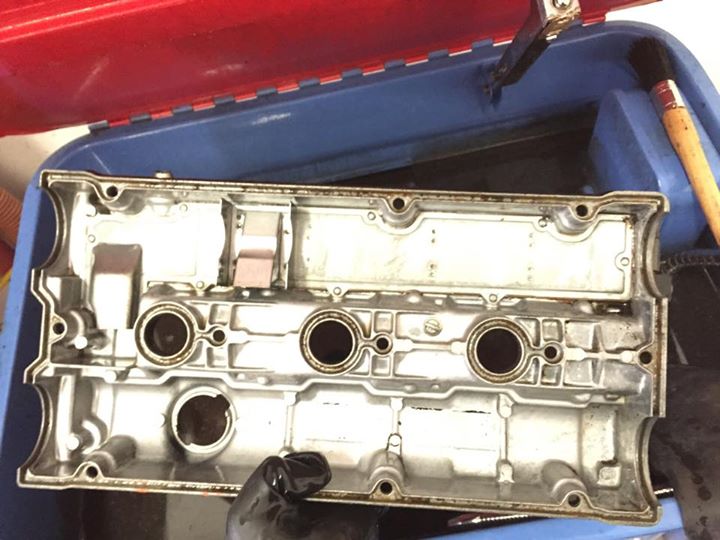 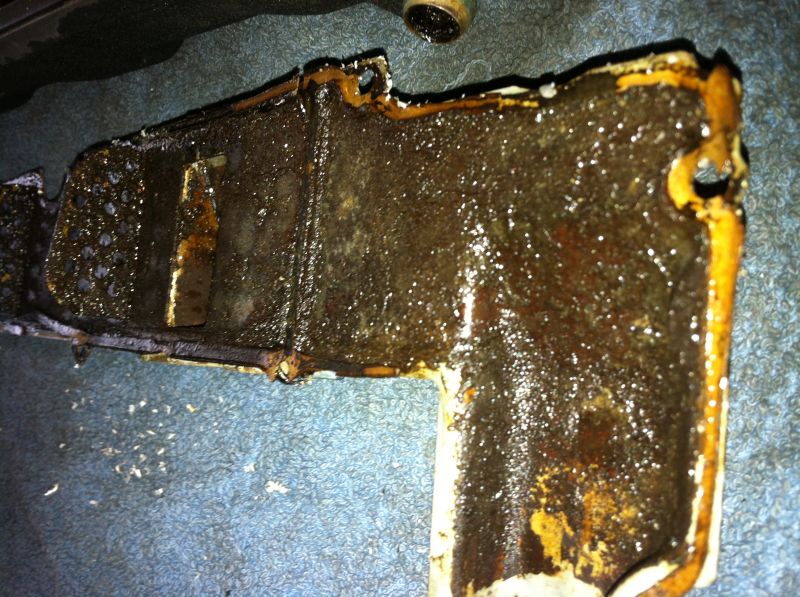 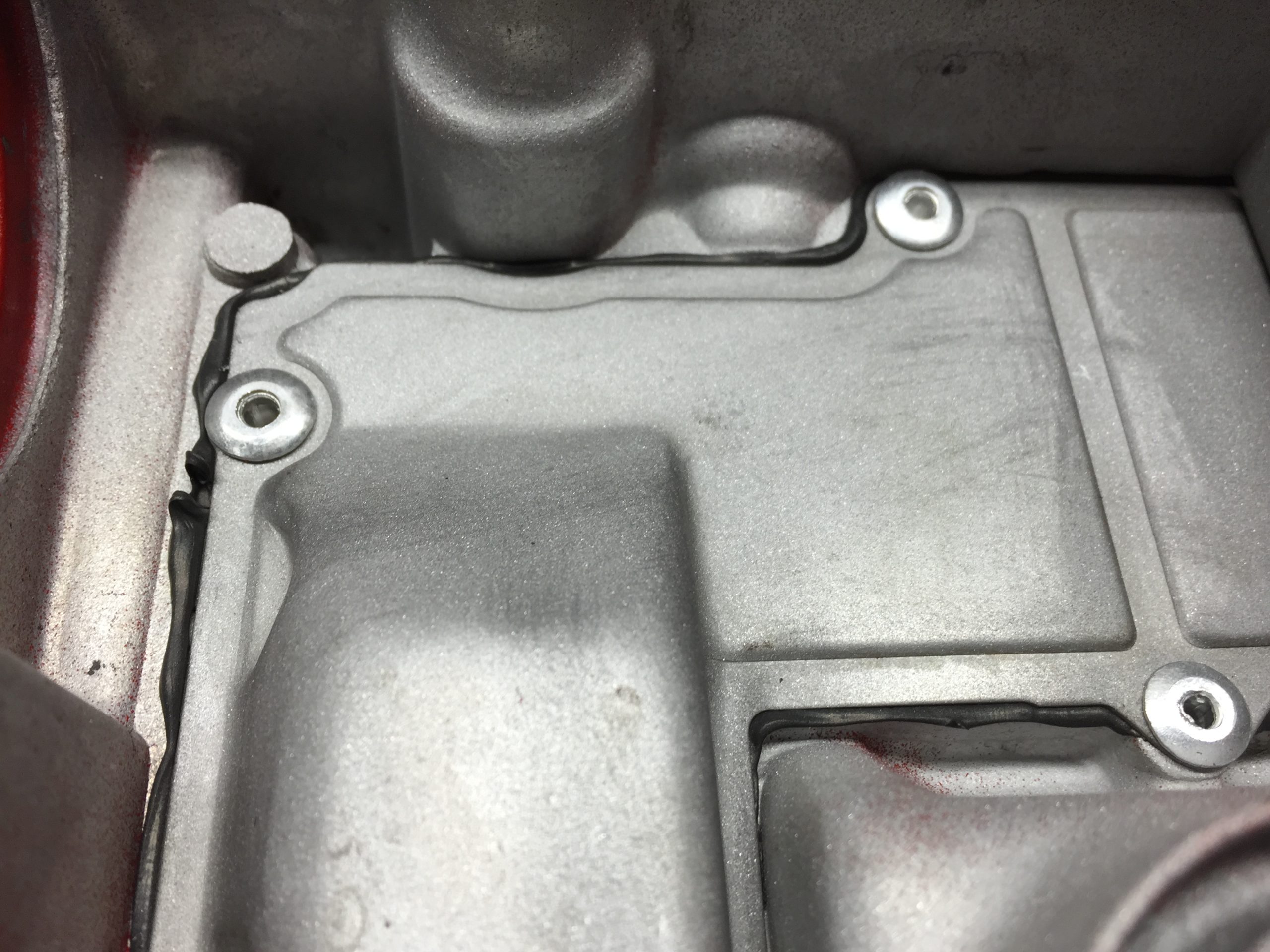 I also explored into doing Hydrographics which is where I started up the main business as nobody was doing this sort of thing. So Gonzo Hydrographics was created and for 2-3 years I would spend all of my free time out in the garage working on parts, saving up money to work on the car. I would get home from my normal job about 6pm and work out in the garage until about 10-11pm and night, then do it all over again the next day. Weekends were usually spent sandblasting parts as the compressor was too noisy to run at night. 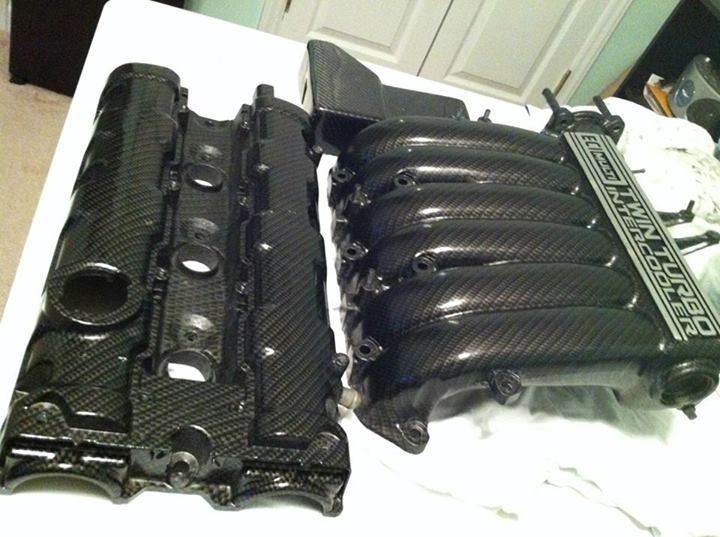 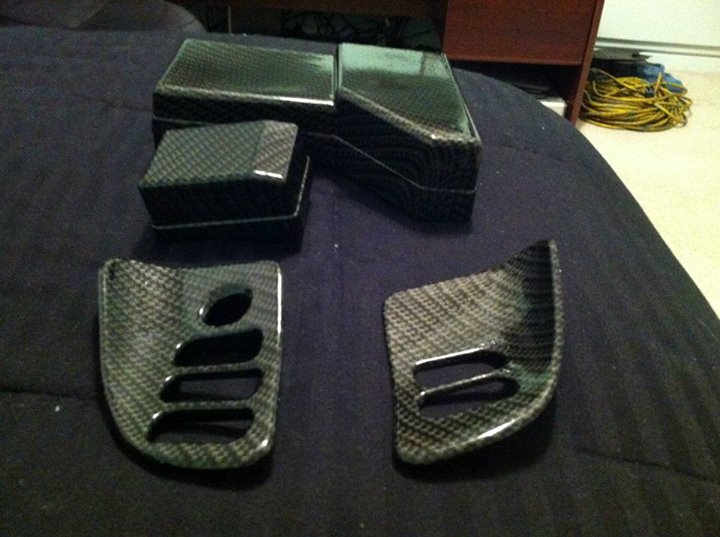 During all of this time I also did a ton of powder coating and hydrographic dipped parts on the car.  I mainly stuck with the dark carbon fiber patterns for everything as it was a subtle change but still made it look amazing.  I loved how the carbon fiber came out on the engine bay parts. The method and colors I had found along with the specific clear coat made the carbon fiber pattern look almost real. The coating was very durable to both the heat and elements as the clear was an automotive clear coat. So you had to take care of it just like normal car paint as far as upkeep. I also powder coated a lot of the misc brackets black and did my throttle body in chrome. I finally had the engine bay all set up and show ready! 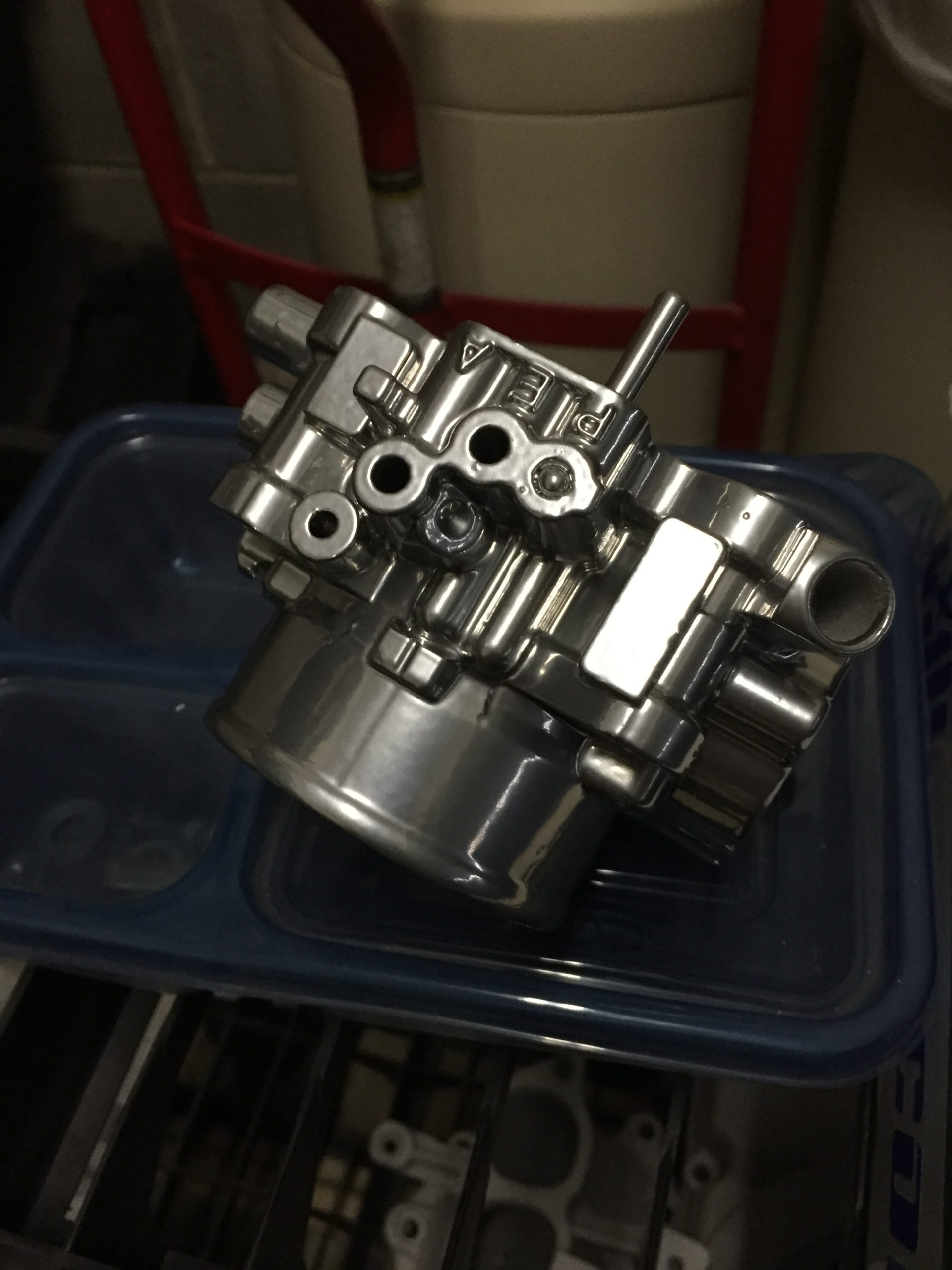